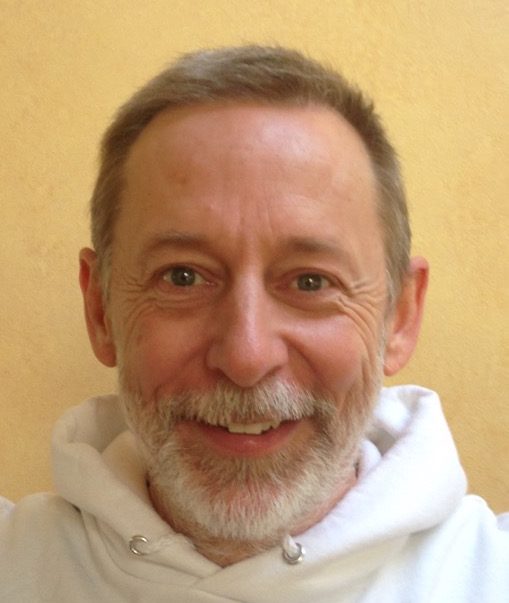 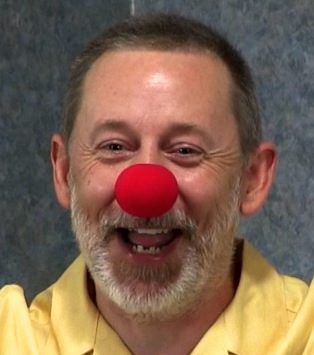 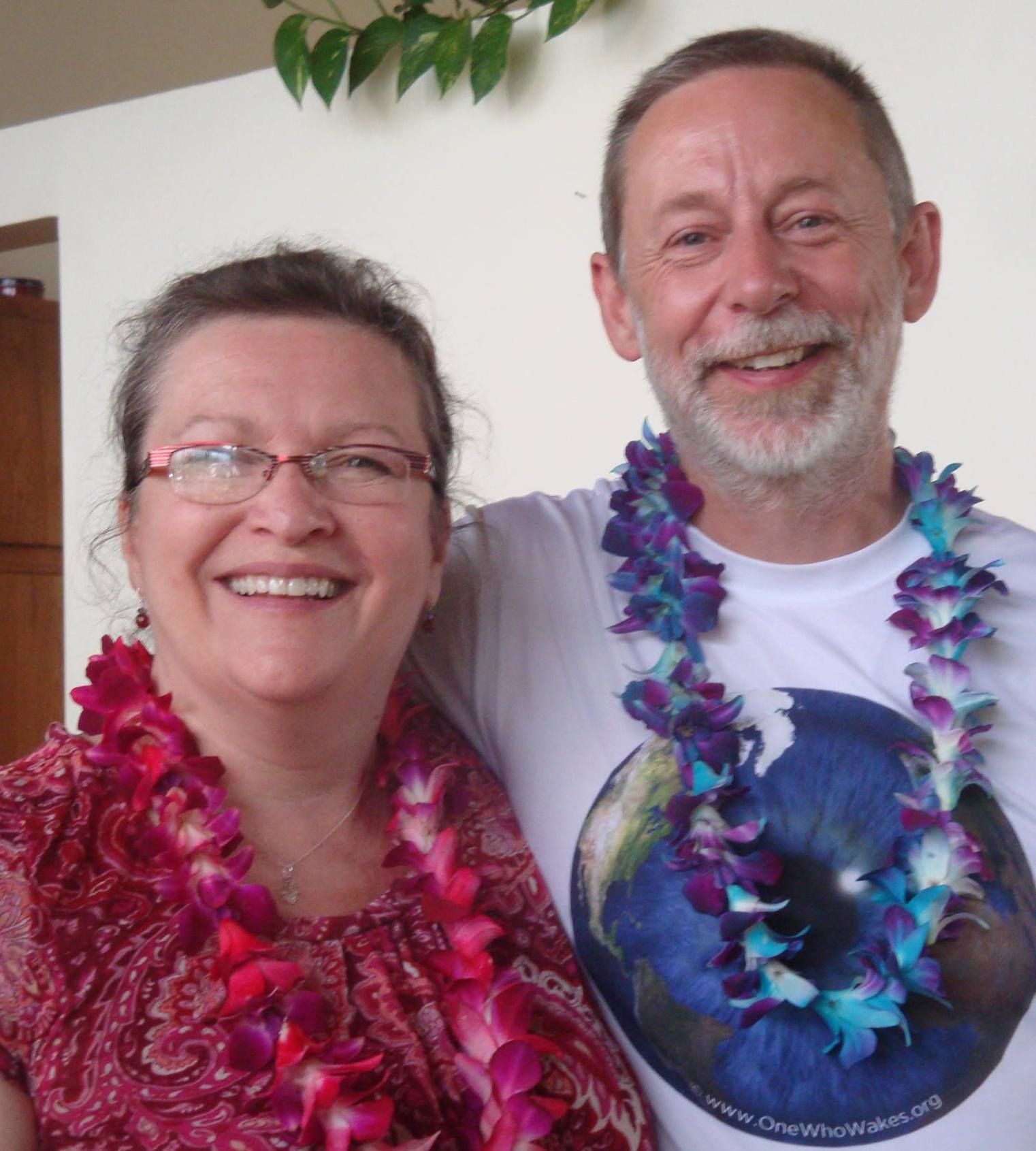 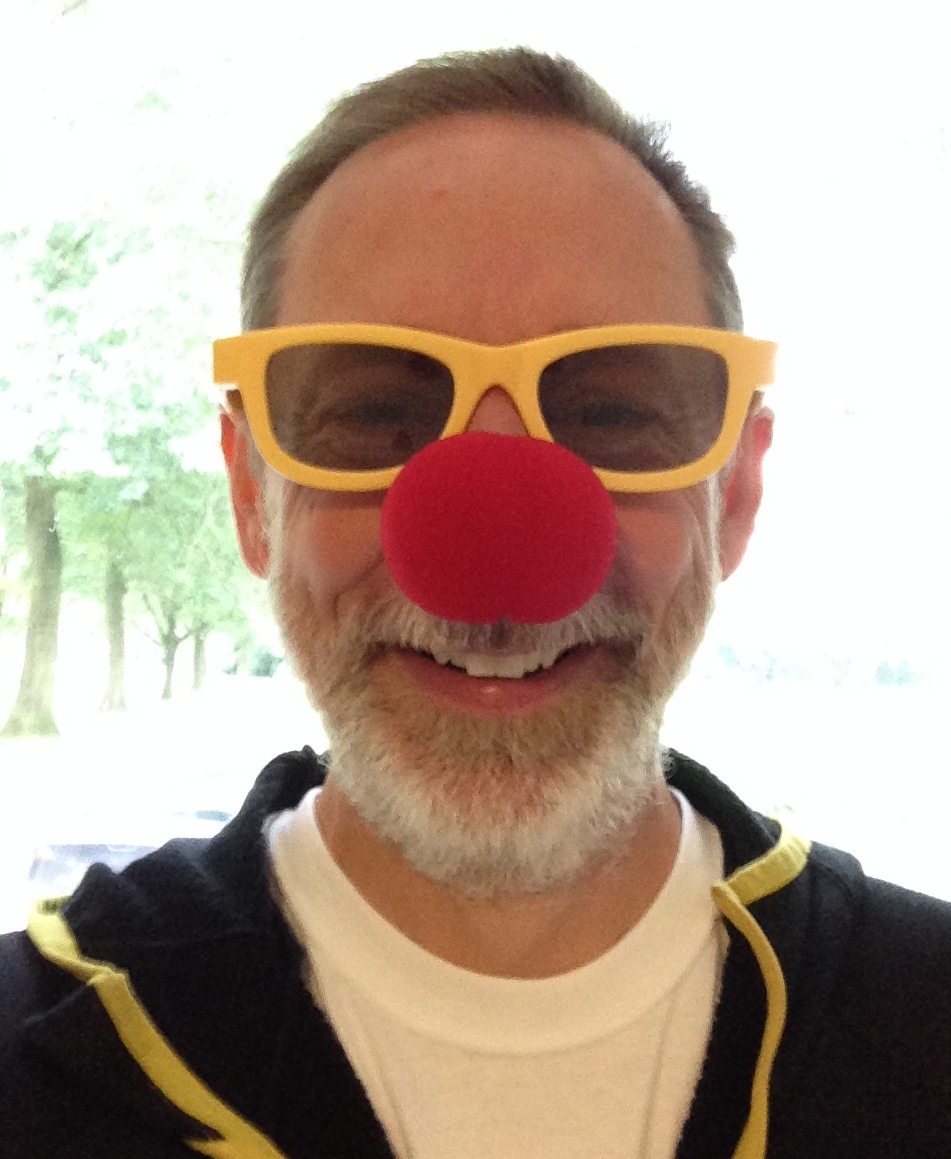 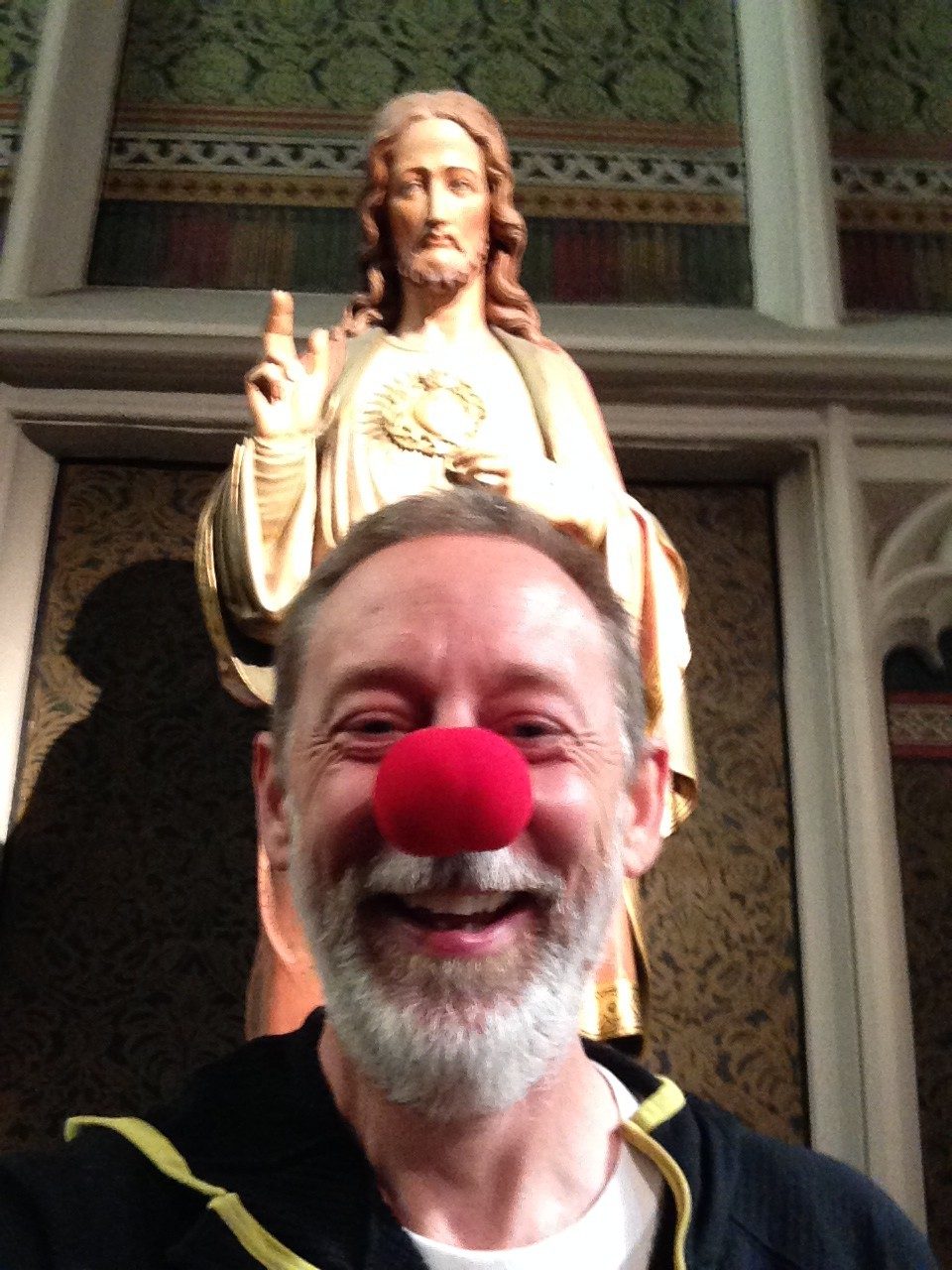 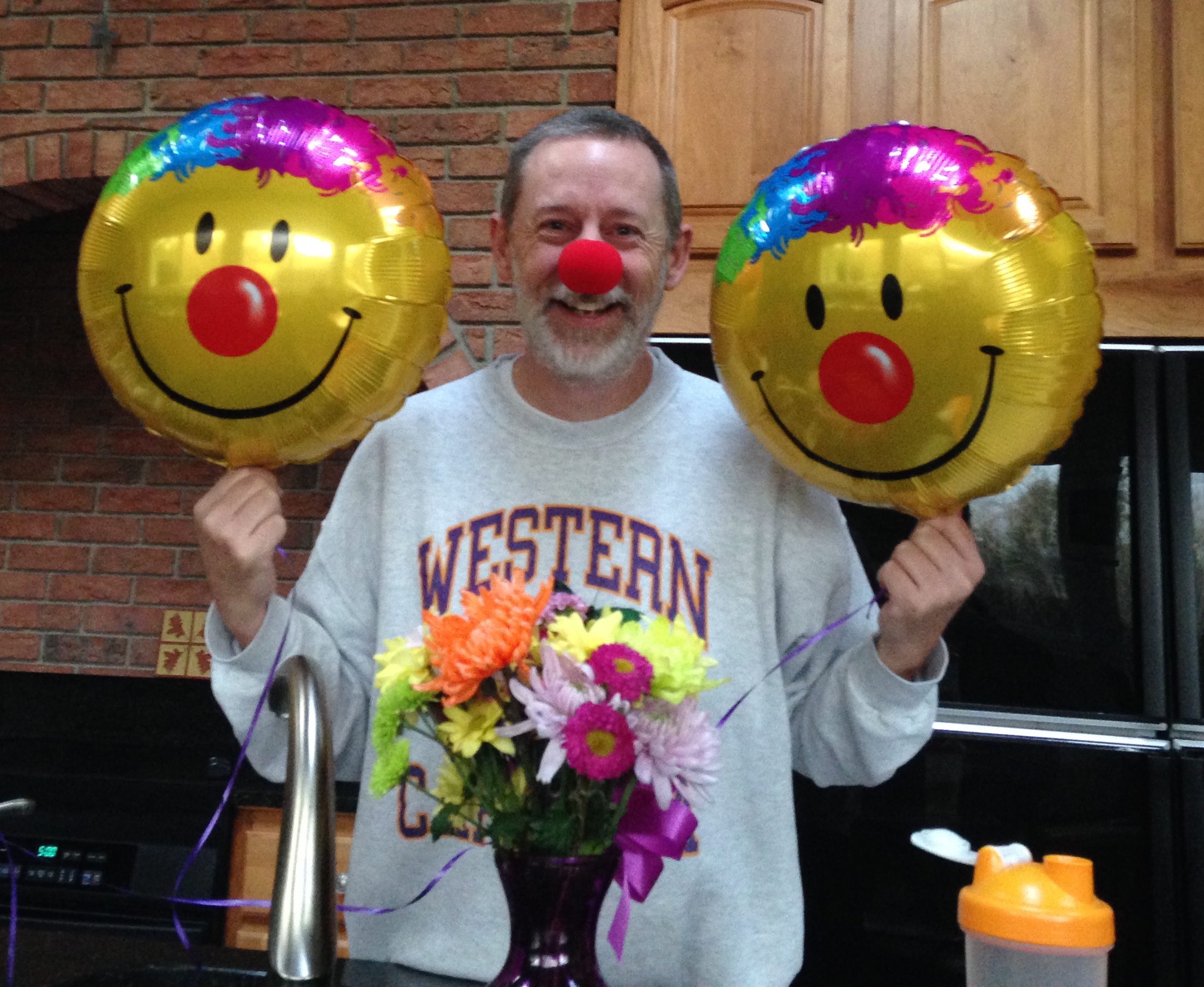 In early 2011, I experienced a spiritual awakening.  It is sometimes referred to as Enlightenment.  That experience deeply and radically changed my life.  The months following the Enlightenment were spent in deep silence and stillness. Being a relative newcomer to the spiritual path, I also spent these months studying great teachings in order to place the awakening experience into a context that would allow the universal truth be communicated to all.  This truth passes all religion, dogma and creed. The truth about our very nature is Limitless, Eternal, All Loving, and Ever Present.

I am often asked about my journey.  These questions arise from a deep desire to know my past experiences and determine their relevancy to your own experience of life.  Are there points of connections from which you may take guidance?   Do I really understand your questions, doubts, or thoughts?  Because I know your desire to be understood, I offer here a brief summary of my life before the awakening.

In my mid twenties I had an experience, one that left me with a deep and dark sense of emptiness. It happened in an instant, just after I had received an award for being Manager of the Year for Marriott Corporation.  In the moment of my greatest personal and professional achievement, I was thrust into a vast and indescribable emptiness or void.  While the experience itself was brief, the effects were profound. I was left with a lingering despair and hopelessness.  I spent the next 15 years in worldly activity, feverishly attempting to fill that inner void.  During that time I continued to achieve great “success’” by the world’s standards. I started and grew a world-class small business, was married and had two lovely daughters, built and flew airplanes, and established a broad community reputation through involvement and leadership.   That success came almost effortlessly; I was just blessed with a knack for it.  So much so, many people sought me out for advice on business and on how to live a happy and successful life. I was always eager to share my advice and experiences.  All save one, the vast and deep emptiness that had been the fuel driving all that “success.”

By 2007, I was no longer able to gloss over the emptiness that had been lurking in the back of my mind.  It was time to face the truth.  My marriage was deeply unhappy, I struggled to connect with my children, I was bored with my business, and the distractions of possessions and travel weren’t working anymore.  I came to realize the emptiness was not going to go away, and nothing I could do or achieve was going to fill it. It was like a black hole. I decided that no matter what it took, I would find lasting happiness and peace. I finally was ready to turn toward the emptiness instead of avoiding it.  I decided to dive into the darkness and despair with the same vigor and commitment that I had approached all my worldly activity.  As was my nature,  I went “all in.”  I sold my business, and began the search.

Almost immediately, I was swept up in a tidal wave of synchronistic events that began to reveal to me in ever deepening ways, the reasons for and the nature of my unhappiness. For the next two years I was moved in ways that were far outside of my comfort zone.  This dive into darkness was transforming despair into hope and healing. In the fall 2010, I experienced a direct physical healing miracle after a surgery I had on my shoulder.  That miracle clearly revealed that I was dealing with something much much bigger than I could have ever imagined.  I realized I was walking a spiritual path, a path to a destination as yet unknown, but one I would not attempt to avoid even if I had been able. Shortly after the surgery miracle, I attended a 10 day Vipassana meditation retreat. I understood deeply that I needed to learn to still and calm my mind. It was then that I truly began to dive deeply into my own mind. During that retreat that I had several of what I later learned  were mystical experiences. Those experiences of revelation began a deep and profound inner shift in awareness.  Soon after the mediation retreat I was guided to A Course in Miracles.  I instantly recognized it contained the answers I had been seeking. It was as though life itself begin to move me, instead of me trying to control my life.  With growing trust, I started surrendering ever deeper into the void and to the Force that was carrying me. That Force, often referred to in Christianity as the Holy Spirit, began to guide me toward awakening.

In December of  2010, I found myself on a month long sojourn to Oneness University in India.  That thirty days was a continuous revelation of miracles.  I began to see so clearly that the nature of my own suffering was the same for all of humanity. During the third week of that trip, I had an experience in meditation that I later came to understand was similar to the Buddha’s experience 2500 years before.  The following week, while in a small red cab on the way the Chennai airport for my flight home, the full experience of Enlightenment descended upon me. It seemed to come out of nowhere and as an experience of light that goes beyond description.  It was wordless, and it cast me beyond the mind and world of form. The very nature of reality or God was experienced directly. I was ALL of creation. I was everyone and everything that had ever been and it was all so beautiful and perfect.  All of creation was being birthed within me in that very moment. I was creator and created all at once. That experience revealed the nature of the Oneness and connectedness of all things. We are not separate people and bodies apart from God or one another.  All that Is is inseparable from itself. That experience deeply and profoundly shifted my consciousness to a simple moment to moment awareness of deep silence and stillness. That unchanging pure awareness became the very center of my being.

After returning home, I continued my work with A Course in Miracles, but instead of study it served to further illuminate  the deepest truths of what I had so recently experienced.  I also found the same simple truth in many other teachings from almost all the major religions and spiritual movements.  As you listen to the One Who Wakes Dialogues or the commentary of Waking Up to the Movies, you will hear me refer to A Course of Love, The Way of Mastery, I Am the Word, and meditation.  And you might hear a Zen Koan, or a teaching on your Buddha nature.  These are all rivers leading to the one ocean, the One Truth.  The ocean welcomes them all. I Am that Ocean, as is all of creation.

Love, and Love alone heals all things.  With great gladness I serve to communicate the message of our shared oneness as Divine Love.

In Early 2012 I began to receive a series of revelations concerning the nature of how Divine Love would extend thru me. One Who Wakes was to be the vehicle through which I was to deliver the simple truth of Love. We are indeed only One Self, gently reawakening to our Oneness. Check out the other tabs in this ABOUT section to learn more about the One Who Wakes work.

One Who Wakes is a tax-exempt organization under section 501(c)3 of the Internal Revenue Code, and as such may receive tax deductible contributions.  If you wish to make a charitable donation please contact us at Love@OneWhoWakes.org