When is a blog not a blog?   When you don’t post anything for months on end!  Hahaha!

A good friend recently pointed out that our latest post was over a year ago, and suggested that it might be time for an update.  We thought she was probably right.  So here goes…

We’ve just wrapped up 2017, and for us, it was quite a year.  We began a slow withdrawal from our public work, scheduling fewer Playshops, attending fewer events, and posting very little to our website or Facebook page.  As we dove deeper into … Read More >

Hello Beautiful Friends, As I sit in the lounge of our Airstream travel trailer looking out over the rugged coastline of Big Sur, California, the last rays of the setting sun are caressing the sky and ocean. It is hard to actually tell where one ends and the other begins. Beautiful! Cindy and I have been so blessed by our ongoing Spirit-lead journey in our Airstream. It is so wonderful to wake to new views and breathtaking vistas regularly.

Ahhh, Presence made easy by all things always being new. There is little time or ability to fall into patterns, habits … Read More >

Hard to believe that our last posting was in January just after Cindy’s heart surgery. Nine months have passed and we’ve had the chance to see many of you during our travels over that time. For those we’ve missed, here’s an update:

First off, Cindy’s newly revised heart is serving her quite well. It has been a renewal of spirit as well as form. A big thank you to all who have inquired about her, and supported her with your love. A few weeks after her surgery, we spent some time in Brazil at the Casa of … Read More >

2014 ended with a surprise for Cindy and I. Cindy had been having some shortness of breath recently. She went to the hospital to have a test done. That test discovered she had several major blockages in the arteries of her heart. At 11:00am the next morning, New Years eve, she had Heart by-pass surgery.  The surgery was 6 hours and she had 5 bypass’s done.

Her recovery has been miracles to say the least. We were released from the hospital just 4 days after the … Read More >

Cindy and I have been moved to put our house in Asheville, NC on the market for sale. We have no idea where we are going. We are just resting in the Trust that Spirit has it all worked out. This choice is also providing both of us some great mind watching opportunities.

We are so deeply grateful for this home. It was perfect to birth and host One Who Wakes as it grew in its extension of Love. How many houses can hold 40 people in the living … Read More >

Beautiful Friends, I greet you with great Joy and Celebration. I feel moved to this personal sharing and a One Who Wakes update. Let me begin with some history and context.

As many of you know, the public work of One Who Wakes began in March 2012 with our first Waking Up to the Movies. Joining with Jeshua to watch movies was such a fun and powerful part of my own pathway, and I am so grateful to have been able to share many of them with you. We now have 45 movies, with the Spirit’s Guided Commentary, in the 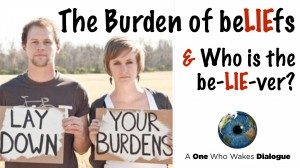